MEMBER’S PICK 6 | BIZENYAKI STYLE TSUBO
This interesting handmade jar is ‘picked’ by our member Jon de Jong, read and learn where the jar was used for and who made it… 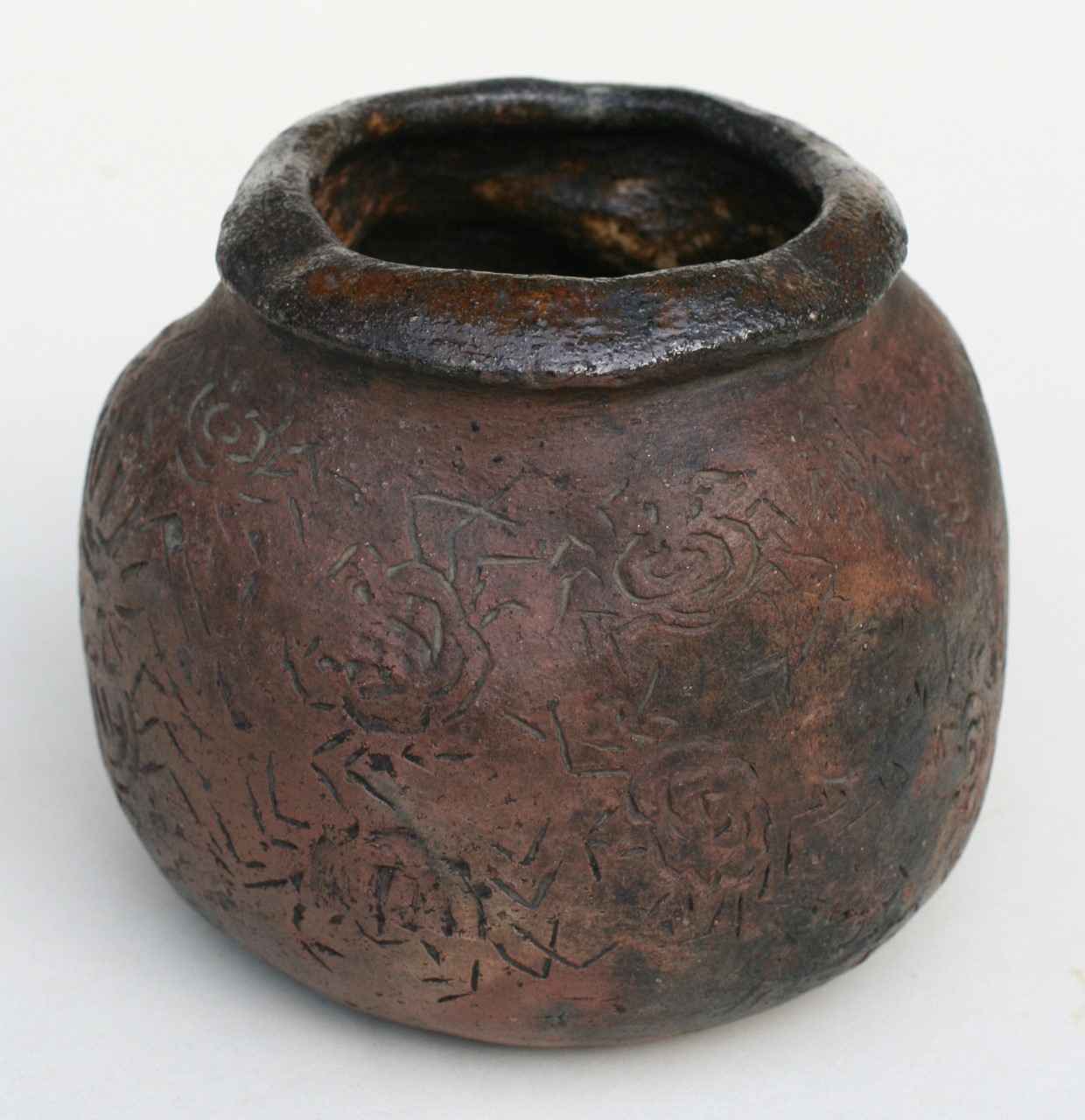 BEAUTIFUL, HAND-SHAPED & VERY DARK | As far as I’m concerned, these words describe how I think about this jar. If you look closely, you can see a herd of crabs or kani. There is also a Chinese poem scratched into it. The poem unfortunately turned out to be illegible.
It is a Bizenyaki style tsubo, a preserving jar, glazed on the inside. Bizen ware has traditionally been produced in and around the village of Imbe in Bizen province and is in use since the Kamakura period of the 14th century. Bizenyaki has an earthen-like, reddish-brown colour and due to high temperature firing a metal-like hardness.

The Nanga painter Tanomura Chokunyū (1814-1907) created it. He was also an enthusiastic tea devotee and added quite a number of ceramic pieces to the sencha, the tea ceremony.

Apart from his painting activities Chokunyū immersed himself in Chinese studies. Additionally Chokunyū was a pivotal figure in sencha-loving circles in Kyoto and Osaka. As the number of devotees increased, he founded a sencha society in Osaka in order to preserve and consolidate the work of earlier sencha enthusiasts and artists. It became known as the Seiwan Chakai, the Blue Bay Tea Society. As its originator and promoter Chokunyū achieved tremendous fame.

In Japan crabs appear in many legends and some mythological tales, but crabs, kani also stand for sweeping and cleaning. In the past when an office in the Imperial court was opened after construction work the cleaning was known as kani-harai, crab cleaning.