EDITORIAL: The leading article of this issue is an extensive and well-illustrated paper by Scott Johnson on early 20th century sketch-tour books. The illustrations of these books not only comprise woodblock prints, but also litho graphs, photolitho graphs, zincographs, gelatin prints etc. His research into the fifteen years of sketch-tour book publishing reveals the foundation upon which the shin-hanga landscape print was built. However, the stylistic and thematic variety of the sketch-tour genre was much greater than the print images of Yoshida and Hasui. Since many of the great names in oilpainting and watercolours of the 1920s and 1930s gained their first widespread notice here, these books also helped to popularize Western style art in Japan. So far no standard reference in any language on these books was available. In his article William Green describes a rare daishô surimono by Utagawa Hiroshige. Daishô surimono are 'calendar prints' which gave the numbers of the long and the short months of the year, in this case of 1844 , the Dragon year. 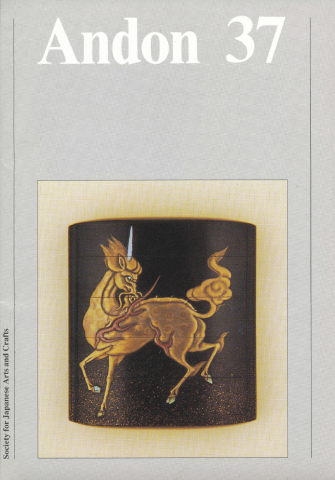