EDITORIAL: As new editor-in-chief I would first of all like to thank the departing managing editor ad interim, Jan Dees, for navigatíng Andon skilfully through a difficult period. He reorganized the editorial procedures and thereby ensured the regular appearance of our bulletin. I will gratefully continue on the new course he has charted. There is also a new face on the editorial board, Len Spanjer. She is a graduate in Japanese studies from Leiden University, and she has a special interest in lacquer and ceramics. My own daily field of work is cell biology and environmental toxicology, which I study and teach at the University of Utrecht. My wife and I have been collecting Japanese woodblock prints since 1986, an innocent hobby that turned into a passion. But of course Andon is not meant for print lovers only! Any article on Japanese art is welcome and I hope to make Andon a bulletin to look forward to. This issue of Andon contains exclusively articles on prints. Richard Lane allows his memories to range from Parc du Cinquantenaire in Brussels to the lovely girls depicted by Harunobu and Stephen Turnbull shows us some pictures of ninja, the notorious invisible assassins of old Japan. Of particular interest are also tvvo articles by Mrs Setsuko Abe. She informs us about Yamamoto Shôun, a Meiji artist who despite the introduction of Western printing techniques continued working in the traditional ukiyo-e style. In the other article she presents convincing evidence that Yoshitoshi copied the composition for one of his Satsuma Rebellion triptychs directly from a lithograph depicting a scene from the American War of Independence. This shows us another aspect of Yoshitoshi's oeuvre which nicely supplements the current exhibition of his work, organised by our Society, at the Van Gogh Museum in Amsterdam. 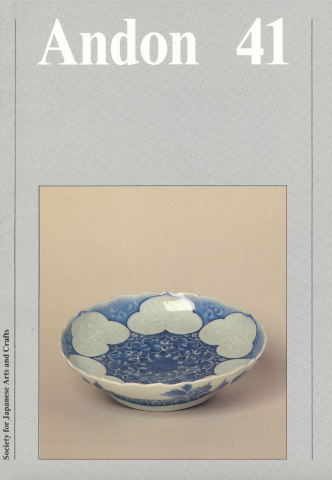