EDITORIAL: In the decades following the opening of Japan by Commodore Perry in 1854 shiploads of Japanese artefacts poured into Paris and London. All things Japanese became 'en vogue' and many artists, eager for new sources of inspiratíon, feverishly started to collect Japanese prints and illustrated books. Gerhard Pulverer refreshes our memory and shows us some striking examples of how Japanese woodblock prints influenced the work of several leading impressionísts. The second article, by Peter Groenewegen, is about photography. For those who want to make photographíc reproductions of their artefacts with their own equipment he gives some useful guidelines and hints on how to obtain good results. This article forms the first of a series in which we want to give more attention to several technical aspects related to Japanese art, such as 'How to frame and store prints' and 'What you should know about restoring art objects' . If you have ideas about these aspects please let us know. Finally there is a short note by Peter Morse in which he discusses three newly discovered drawings of Hokusai's 'One Hundred Poets' series. 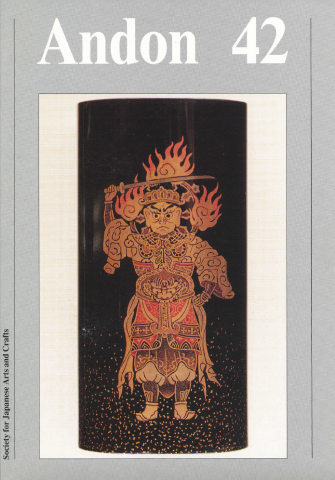