EDITORIAL: Thís issue of Andon ís not what it seems.... It is not the first issue of 1993 , but the last one of 1992, which could not appear before the end of the year due to unforeseen círcumstances. Nevertheless the editorial board wíshes you a healthy and happy New Year and we will put all our efforts into preparing four other issues of Andon this year. The two maín articles deal with Japanese artists that lived and worked nearly one century apart. The first is about Yoshida Hiroshi, one of the first Japanese artists who left Japan. He travelled all over the world, documenting his trips with subtle, poetic watercolour paintings and woodblock prints, which are still a feast for the eye. Based on newspaper clippings collected by Hiroshi and preserved by his family, Eugene Skibbe has made an interesting reconstruction of Hiroshi's whereabouts and artistic successes in the United States. In the second article Richard Lane continues his reappraisal of the classical Japanese print; this time treating the neglected decade of the 1770s, following on the death of the great Harunobu. A request for help from our honorary member Mr de Bruijn gave us the idea that other members might have similar questions. For that reason we would like to start a new column in which members may ask fellow-members for help. So if you are interested in a specific lacquer suzurlbako from the Meiji period or you are in urgent need of Kisokaidô prints by Eisen, which might illustrate the article you are working on, please send us a concise description of the problem. Specify your request, and we will bring it under the attention of your fellow-readers. 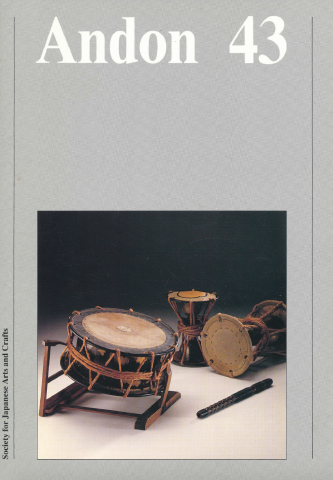