EDITORIAL: Many of us will know that Frank Lloyd Wright was the archítect of the world-famous Guggenheim Museum in New York. But he was also an ardent collector/dealer of Japanese prints. Kevin Nute has made a thorough study of his writings and artistic ideas. Reading his article will gíve you a better idea how Japanese artists like Hiroshige and Hokusai had a direct impact on Wright's representation of architectural space and on his concept of organic architecture, embodying the ideals of beauty, truth, and moral goodness. Warmed up by Wright's ideas on moral goodness you should read what Richard Lane has to say about moral attitudes of collectors and experts towards Japanese erotic prints. He gives us striking examples of how these prints have sometimes been 'cleaned up' for polite consumption - entertaining us en passant with his humorous and provocative, inimitable style. Readers of this article may also be reminded of the comment by a reviewer of his Hokusai - in The Spectator - 'Dr Lane is an absolute master of the footnote'. Of interest also is the contribution of Joseph Dubois. He relates how Léon de Rosny, born in a suburb of Lille in France, amassed a large collection of Japanese books already before the opening of Japan in 1854. Without ever having been to Japan he became the first teacher of Japanese in France, and wrote more than 400 books and articles about Japan, among which his Anthologie de la poésie japonaise, published in 1871, is undoubtedly the best-known. No wonder that his name will be given to the new Centre de Recherche de I'Extrême-Orient that will be opened in Lille this coming November. 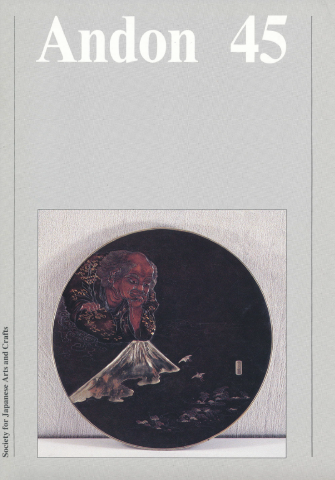