EDITORIAL: During the eighteenth century passionate Japanese lovers, facing insurmountable difficulties, would often choose shinjū (double suicide). News about these tragedies was eagerly consumed and the personae dramatis were viewed as heroes and heroines. John Fiorillo has examined how Utamaro and Santō Kyōden, two artists from the same social and artistic milieu, expressed their feelings about shinjū in quite different ways. On the puppet and kabuki stage voluntary death provided ample opportunities to satisfy an audience that thirsted after romantic love in a society where marriages were arranged, not for personal happiness but for the good of the family. Also Kunisada must have depicted these tragic heroes and heroines a great many times. He included some of them in what is generally considered his grand finale, a series of large-head portraits of kabuki actors designed in the last years of his life. Recently eight woodblocks of this series were offered for sale at Kunsthaus Lempertz in Cologne. Eiko Kondo had the opportunity to study these woodblocks and in her article she reports on some interesting new findings. 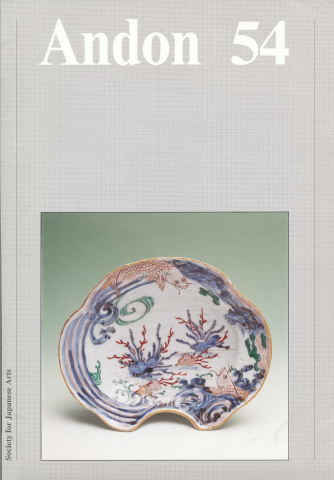