EDITORIAL: According to an old Dutch saying 'things you get from afar are the nicest of all'. This is certainly applicable to the Japanese porcelain from the second half of the seventeenth century that was collected on the West coast of Sumatra by Reinier D. Verbeek. This collection, donated to the Princessehof Museum in Leeuwarden around 1917, is the subject of the article by Jan van Campen. He gives us an insíght into the trade, the taste of that time and the competition with Chinese porcelain. William Green is the author of the next article, making up for a serious default. While in Tokyo ín 1952 as a U.S. Air Force offícer he slept through a Shibaraku performance and he has been regretting it ever since. He has had ample time to mend his ways and he now explains to us all the intricate details of a splendid woodblock print by Toyokuni I of Danjūrō VII in a Shibaraku role. The last article in this issue of Andon is from the hand of  Johan Somerwil. He introduces us to the fearful chairman of the King of Hell, Emma-ō, who is recognizable by his special headgear and he invites you to comment on a problem he encountered. A few weeks ago the sad news arrived that a grand and inspiring collector, Robert O. Muller has passed away. Christiaan Uhlenbeck, one of his many friends that will remember him with affection, wrote an 'In memoriam'. 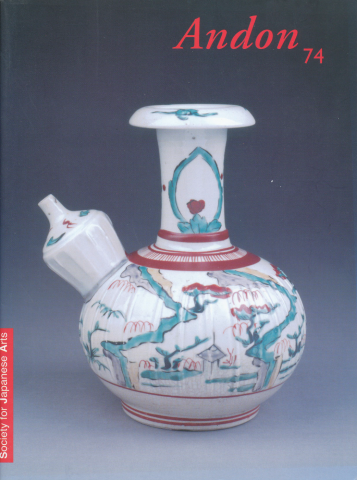