EDITORIAL: A carp jumping out of water is a traditional subject frequently encountered in Japanese art: it is unusual, howeover, to find such a painting accompanied by a French poem. Victor Schmidt, in his article, talks about how this interesting combination came about on the fifth of July,1926, on the banks of Lake Biwa. So far, most of us have duly followed the judgement of scholars such as B.W. Robinson, on the subject of Kuniyoshi's warrior prints. He pointed out that Katsukawa Shuntei was the main stylistic source of inspiration for the early warrior prints. James King has taken a closer look, and suggests that Kuniyoshi's teacher, Toyokuni I, should also be considered as a source of influence. This issue of Andon concludes with two short articles. One is by Julie Weissenberg-Deville and, compares five woodblock prints of the Byōdō Temple in Uji by Kawase Hasui. The other article, by Johan Somerwil, discusses a problem he encountered while working on a forthcoming publication of the Taiheiki Yeiyū den series designed by Kuniyoshi in 1848 and 1849. He gives arguments to support the theory that the series consists of 50 designs instead of 51, as postulated by B.W. Robinson in his classic Kuniyoshi, The Warrior-Prints.

With this issue of Andon we take leave of Guita Winkel as a much-valued member of the editorial board. We will miss her no-nonsense approach at the editorial meetings, wishing her aII the best in her work as a lecturer at the Institute for Japanese Studies in Leiden and as publisher at the School of Asian, African and Amerindian Studies. Her place is taken by Dick Raatgever, who studied Japanese history at Leiden University, specializing in the late Heian and early Kamakura period. At present Dick is a staff member of the SieboldHuis in Leiden, which celebrates it reopening this month after a complete renovation. 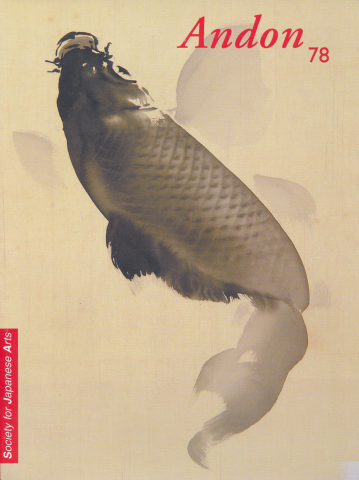