EDITORIAL: Japan has been called the 'Kingdom of Pottery', and this epithet comes alive in Robert Kleyn's contribution on Hamada Shōji's amazing 20thcentury pottery and in Menno Fitski's article on ceramics for the Japanese tea ceremony brought together by Westendorp, now part of the Rijksmuseum collection in Amsterdam. We were quite surprised to receive two manuscripts, within a few weeks of each other, on the same subject: namazu-e, catfish pictures, published following the Ansei earthquake that hit
Edo in 1855. In this issue we publish the article of Gregory Smits, which places these prints in a historical and social context. In a following issue of Andon we will include more namazu-e from a German collection. The opening of the 'Nihon no hanga' museum
in Amsterdam by the ambassador of Japan, Mr. Minoru Shibuya, has been one of this year's highlights. Eric van den Ing introduces the museum and guides us through the impressive collection oÍ shin hanga and sōsaku hanga assembled by Cees and Elise Wessels. Do not miss the opportunity of visiting the museum when you are in Amsterdam. Mount Fuji never stops fascinating people. In this issue Victor Schmidt shows us the mountain as seen through the eyes of the painter Ōnishi Chinnen. We wish you an enjoyable read! 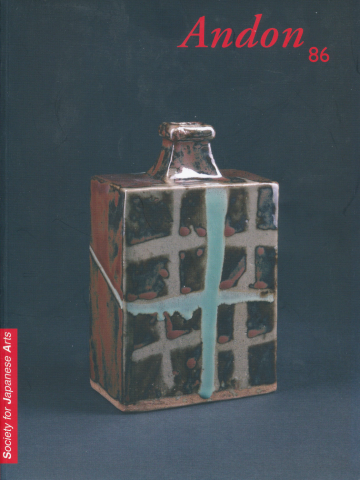