EDITORIAL: It is with great pleasure that I present this special issue of Andon, whose publication was prompted by the symposium 'The Greater Taishō period: years of irony and paradox' held in Leiden in January 2013. The symposium, organised by the Society for Japanese Arts, marked the Society's 75th anniversary: thirteen speakers from around the globe delivered papers on diverse subjects relating to the art and culture of the 'Greater Taishō' era (ca. 1904-1930). Nine of the thirteen papers have been adapted for this issue (not included are the papers dealing with the topics of sōsaku hanga, art of the 1923 Great Kantō earthquake, the ceramic artist Itaya Hazan and lacquer). While many historians agree that the years 1904 to 1931 form a coherent whole, the use of the term 'Greater Taishō' for this time span remains a topic of continued debate. The reign of Emperor Taishō from 1912 to 1926 was short lived, and scholars today increasingly question the adoption of the term to indicate a period designation that is not strictly 'Taishō'. However, as a matter of expediency and convenience we have opted for 'Greater Taishō' in this issue.

I would like to extend my sincerest thanks to the nine authors Íor their participation in this publication and their cooperation in working with the editorial team to bring this volume to fruition. I would also like to express my heartfelt thanks to guest editor Amy Reigle Newland, whose dedication to the project is deeply appreciated. It is my hope that this volume will not only convey something of the 'atmosphere' of the Leiden Taishō symposium for those who were unable to attend, but will also be a significant contribution to current research and an inspiration for further work in this fascinating era of Japan's cultural history. 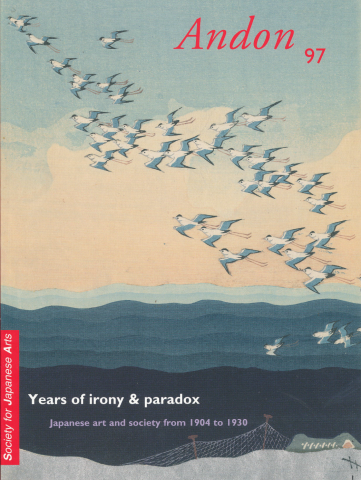